How To Utilize The Lottery Decade Reduction Method

Posted on March 26 by BTW in Lotteries No Comments 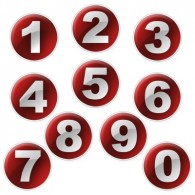 From the start, it is necessary to point out that utilizing the decade reduction methodology when playing the lottery does not automatically entail that you will win 100 percent of the time. When it comes to the lottery – much like all other forms of gambling, from bingo to roulette – luck plays a major role in your chances of winning. However, playing numbers randomly every time makes it far less likely to win than using a strategy. So, what exactly does the decade reduction method imply? […]

Basic concepts of the decade reduction

First of all, in the lottery niche, the decade implies incremental groups of 10 numbers. 1-10 is a decade, 11-20 is a decade, 21-30 is a decade and so on, you get the point. Now, what using the decade reduction strategy involves is actually selecting 2 or 3 decades that, based on the past pattern of the draws, have the highest frequency of appearing together. What you will want to do is make use of all the numbers within the frame of these selected decades and play them constantly.
As mentioned, you cannot expect that every draw will land you the jackpot, but it will maximize your chances of winning. Moreover, the decade reduction strategy has the advantage that these series can be drawn quite a few times in a row.

Why not choose 4 or more decades?

There are some supporters of the theory that utilizing 4 or more decades can yield better results over long term. However, statistics indicate otherwise and if you take into account the extra money invested as well as the lower chances proprietary to larger spread, it is easy to understand why exceeding 3 decades is not actually advantageous for the player’s odds. For wheels that permit 25 numbers, the best way to utilize the decade reduction is as following:

Essentially, the strategy does not involve actively “hunting” for numbers, but rather setting traps and waiting for them in the cover of the night. Eventually, they will trap themselves.

As an example for the propensity of the lottery playing method described here, we will use the results of a test made on an 18 number wheel with 30 combos. The player originally selected 20 numbers proprietary to the 1st and 2nd best decades, but he eliminated the numbers 10 and 20 in order to have 18. The second wheel utilized here consisted of 10 permutations of 6 numbers uniformly selected from the 1st, 2nd and 3rd best decades. The results?

As you can see, it’s not exactly a foolproof methodology but it can work if it is gradually and carefully implemented, based on the analysis reports as well as the former results of the draws.

For any lottery strategy to function correctly and yield winnings, you will need to utilize it in a consistent manner. In addition to consistency, the player needs to be aware of the trends that indicate when the method is working and when it is not. You should not abandon a strategy simply because it has failed to produce results a few times in a row. Keep in mind that even the best strategies are only successful approximately 50 or 60 percent of the time.

It is also important to note that if a drawing trend has occurred several times in a row, then it is probably the worst time to use it because chances are it is over. The best way to make use of a trend implies analyzing the norms and determining when you should place the bets. For example, if the reports indicate a certain method works 3 consecutive times and afterwards fails 4 consecutive times, you have a higher chance to win via it by betting ever 2 or 4 draws. Alternatively, you can take the counterintuitive road and use the number selection method when the reports indicate that its performance is at an all time low.